The Writer’s Group: To Join or Not To Join? That Is The Question 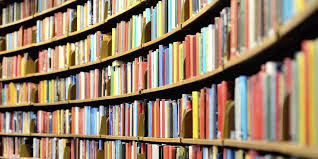 I have many friends who are involved in writers’ groups that they love. I have not had a similar experience. I have heard that you learn so much from the feedback you get, and it makes you a better writer. Well, what am I doing wrong?

I started with a nationally known writers’ group. It was too far away for starters, and the members were of the elite. By elite I mean that they were not very welcoming to strangers, and I lived too far to get more involved with the group and their activities. I live in a small town, which I realize is part of the challenge. Next, I joined another group, but it was still far from home, and I found the content to be a bit dull. So, I stopped attending that one as well. Finally, I found a Christian group somewhere near by, but I don’t write “Christian” books, per say. They said that they are a group of Christians who write, so I thought, “Sounds great!” Before I actually found my way out there, they disbanded.

So, what is a lonely writer to do? Being educated, ambitious, and usually a pretty smart cookie, I decided to start my own. I can hear you all laughing as soon as I said that. Yes, I decided to get a group of people together and form a group. Well, I had a friend (notice the word “had”) who I used to have lunch with once a month. We will call her Angel. (Because she is really very sweet). Angel had a book idea, and she and I decided to start the group. We started it twice, because the first time it was a huge mess. We had two members who really wanted it to be an online thing, which no one else wanted, and one guy who spent every day with a pen in hand tearing our manuscripts apart. Group two consisted of Angel, her best friend, her best friend’s boyfriend, me and my good friend from college. I know, sounds like a great idea, right? So, this is what I learned about what NOT to do when forming your own writers’ group.

1)   Make sure you are a committed group of writers. Make sure everyone is there for the right reason, and they are motivated achievers.
2)   Have the meetings in a neutral location. Make sure you don’t, for example, have it in a restaurant. What “could happen” is the members may be more interested in eating, and socializing, than actually talking about task at hand.
3)   Have some rules and stick to them. At first, I had rules and had everyone sign them, but I let it go after a while. There should be a rule about people who show up without reading the material, and a rule about not giving any feedback. Every member should participate or there should be consequences. Now, this is if you have a small group, mind you. In a large group, everyone can’t participate due to a time limit. Also, in a small group, attendance should be important.
4)   Finally, Genre may be something to consider. When I joined the national group, they all had one genre, and that is what made it fun for them. In our small group, the young people were writing young adult fantasy, while my friend and I were writing more adult novels. I think part of our problem was that we weren’t all interested in the material.

So, like I said, I think writers’ groups can be very beneficial for those who find the right fit. For me, I think the best idea is to write with simply my Mac and me. So far, we’ve been doing pretty well together.

Posted by Judy Serrano, author of The Easters Lilly Series, and The Linked Series. at 12:22 PM