Black Rose Writer, Tyler Klumpenhower, on a quest for truth

Tyler Klumpenhower was nice enough to stop by and share some information on his new release with Black Rose Writing. 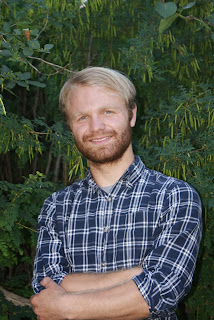 1) Tell us something about your new release, and what genre would you say it falls under?

My latest release is called, 'We Live Dying.' It is the story of a clinical psychologist named Brian Cruse who is assessing a schizophrenic killer, Tucker Wilson. It's a story of self-discovery, twisted reality, and the quest for truth. It is a brutally honest work that's not afraid to show how life can be perceived, even at its darkest.
I personally have a hard time knowing what genre to put my book in. It is under thriller/horror, but I feel as though those genres limit what it actually is. I don't know what it is. It's a weird mix of random poetry, journal entries, and symbolism.

2) So Tyler, I'm sure everyone wants to know how you came up with the idea of your new book?

The book developed over a 2-3 year period. I had always had the core idea of a young adult on the road to self-discovery, the quest for truth, and wrestling with what reality actually is. However, I never knew how I could actually capture the idea in an interesting way. I would daydream about different ways to portray the journey but nothing ever fit. The book is, in a way, reflecting the way I interpret the world around me, according to my imagination. The idea came from a heart that longed for the truth.

3) Do you know anyone who is a cutter or did you have to do extensive research?
This is a very personal question. As you know, ‘We Live Dying,’ closely examines the issue of self-harm. In the book, it is often referred to as "blade.” The main character is a blade addict. I have read many books and talked to many people about cutting but also other forms of self-injury. It is a confusing topic, which is sadly neglected and overlooked by many because it is scary. I wanted to learn what self-harm is rooted in, so I could help those who struggle with it; however, greater than that, I wanted to help myself. I struggled with cutting for a couple years. Many of the insights about cutting comes from a heart and mind that has been addicted, to a certain extent, to blade. One of my goals in writing the book was to tell those who struggle with harming that they are not the only ones struggling, they are not alone, and that there is hope and freedom to be found. Actually, this book has opened many doors for me to speak into different people's lives about cutting and to share my story; but more importantly, my hope in the blood of Christ. I no longer need to shed my own blood because Christ has shed His to cover all my shame and sin.

4) Thank you so much for sharing such a personal part of yourself with us. I dare to take a guess that Edgar Allen Poe was one of your favorite authors, but maybe I am wrong. Who are your favorite authors? What are you reading now? Did Poe influence you in any way with 'We Live Dying?'

You know, I've never been a Poe reader until recently when people started noticing his influence on my work. I find it interesting because he had no influence on this book at all. Ted Dekker and Joshua S. Porter were huge influences for this book. One of my favorite authors is Mary Shelley. I love ‘Frankenstein.’ Right now I'm reading ‘Cross Roads’ by Wm. Paul Young. I also love Vonnegut, Orwell, and other classic authors.

5) I understand that you are involved with a Christian theatre group called Unbreakable. Was there any pressure to write a Christian book instead of the one you wrote? I know that since I am a Christian, when I wrote a book about the mafia, many people were a little surprised.

I felt no pressure to write a Christian book. In fact, I purposely did not send my work to a Christian publishing house because I did not want that label. I wouldn't label my book Christian even though my faith has a very strong influence on the content. Many people in Christian circles may be disturbed at what I have written but I honestly don't care. I hope it breaks some people out of their safe Christian bubble and helps them become aware of certain issues, like self-harm. In the end, I am responsible to God for what I have written, not man. 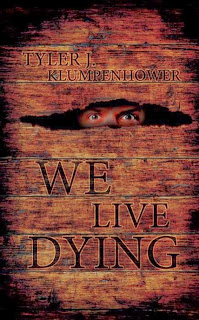 6) Please share with us a little about unbreakable. I'm sure my readers would love to hear about what you do.

Unbreakable is a Canadian drama troupe with the sole purpose to spread the love of Christ through the tool of drama. We do biblical dramas, historical dramas, and drama workshops. We perform in homes for seniors, schools, youth groups, conferences, and other venues. We don't just do religious dramas because they are not accepted everywhere, especially in schools. This year we are touring Canada, with potential to go to the Eastern States and Germany. Right now we are touring Western Canada. The team is made up of volunteer actors who believe God has called them to leave the comforts of ordinary living and be on the road. It is not easy but when God calls He enables. I am excited to see what this year of touring has in store.

7) Is there something quirky you can tell us about yourself that most people don't know? For instance, I have an addiction to hot wings that my family is always laughing about. Is there something about you that we might find unusual or funny?
Haha… Well, I have this weird addiction to claw machines. I also love "wiggly death" (jello), untoasted strawberry pop tarts, and anything Captain America. Actually, the perfect combination is green tea and pop tarts.

8) That’s funny. The quirky things about writers are always fun to unveil. Are you a plotter or a pantser?

I have a balance between the two. There has to be some structure in the writing process but the fun lies in the mystery of what is going to happen. Planning is very important but to be willing to throw out the plan is more important.

9) What's next? Do you have more books waiting in the wings?
Well, touring keeps me pretty busy, but I hope to start writing a new book soon. I am presently brainstorming.

You can find out more about Tyler and his books at

Posted by Judy Serrano, author of The Easters Lilly Series, and The Linked Series. at 6:17 PM No comments: