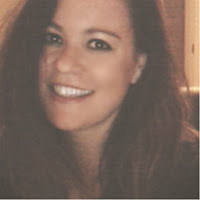 Anna Augusto was kind enough to stop by and visit with us today. She is an author with Black Rose Writing and has an upcoming release scheduled for October 31, 2013.

1) Hi Anna. I understand that your new novel is getting ready to be released. Please tell us a little about it.My upcoming new release, ‘The Imbondeiro Tree,’ is the story of my father’s life growing up in the Azores Islands of Portugal, his adventures in Angola, Africa, and his experiences as an immigrant in the United States. It is a memoir told through his voice.
2) What a wonderful gesture. What did your father do and what makes his story unique? What inspired you to write the story?
My father had the courage to leave the only home he had ever known in the Azores and embark on a journey to the unknown, and untamed continent of Africa. There, he experienced joy and heartache. 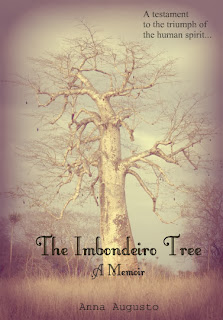 3) That sounds interesting. Do you have any new projects in the works?
I have a few other projects going on at the moment. This includes ‘Mausoleum,’ a ghost story set in Hell’s Kitchen of New York City. In this story, I’ve interwoven the paranormal with history.
4) I love a good paranormal experience. Would you say that you a plotter or a pantser? Explain.
I think I’m a plotter. I don’t create organized outlines, but I do come up with the main, climatic event in a story and then build around that. I need the focus and direction; otherwise I tend to ramble on aimlessly when I write. For example, I thought up the main plot of ‘Mausoleum’ while dreaming. I woke up and wrote down all the things I could remember.
5) Where is your favorite place to write? Do you need total silence or can you write anywhere?
I can write anywhere as long as no one demands my attention in any way. I love to write while listening to loud 80's music and Hard Rock, though. Journey and Metallica, just to name a few, inspire me!
6) Well, that explains why you can write anywhere. Tell us something about yourself that not too many people know.
I was actually born in Angola along with my two siblings; we left when I was six years old. I have very vivid memories of it and would love to return someday to visit. I also speak fluent Portuguese and am a single mom with two great kids. Finally, I'm pursuing my master's degree in history. I love history! Almost as much as I love strong coffee.
7) Thank you so much, Anna, for agreeing to share your story with my readers. Please tell us where we can find your books.
My book will be available for purchase at www.blackrosewriting.com, www.amazon.com,www.bn.com, and hopefully anywhere else books are sold.

Posted by Judy Serrano, author of The Easters Lilly Series, and The Linked Series. at 2:20 PM No comments: 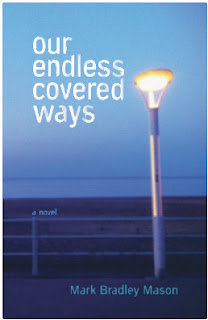 Mark Mason, Black Rose Writer, Says the Seven Year Wait is Over
Mark Mason, author at Black Rose Writing, was kind enough to stop by and visit with us today. His latest release, 'Our Endless Covered Ways,' is getting ready for release. Here's what Mark had to say.
So, Mark, tell us a little about your new release.
‘Our Endless Covered Ways’ is literary/contemporary fiction.The protagonist, Jack Edwards, is trapped in a life, which does not measure up to his dreams. He is stifled by the limited horizons of his hometown and compensates for the sadness he feels by over indulging. He is a terrible husband, helpless father, and unreliable friend. One Christmas he is given the chance to leave, but is torn as this would mean leaving the only thing he ever loved: his son, Tom. He eventually leaves to travel, to rid himself of some of the destructive urges, which are now full-blown habits. Jack’s frantic search for happiness and a way to be a better man and father lead him to question everything he has ever known.
This is my favorite question to ask. Are you a plotter or a pantser?
I’m most certainly a pantser. Of course, every story must have a certain structural lucidity, but it is more fun, engaging and excruciatingly exciting to fly as fast and low as you can.
Do you have any writing rituals?
It’s funny; ‘Our Endless Covered Ways’ was written over such a long period of time, seven years in fact, that the idea of a ritual or even a modest routine is risible. I was plagued by self-doubt and a working-class inferiority complex for so long that the mere completion was in doubt for the longest time. This all sounds very tortuous, but the fact is you have to give yourself to the idea and do it; there is no other way.
Who are your favorite authors? Do you have a specific genre that you like to read?
I have been a fierce Kerouac advocate for so long, and you could say I followed the ghost of the Beats to San Francisco; but university opened my eyes to the power of economy. I reluctantly read Hemingway, who couldn’t be more different to the spontaneous prose of Kerouac, but now I happily dip in and out of Hemingway’s short stories and enjoy the sparse style of Raymond Carver.
As for genres, I am a sucker for contemporary/literary fiction. I love Paul Auster, Philip Roth and Jonathan Franzen. I have recently discovered Herman Hesse; I thought Steppenwolf was amazing. I studied genre fiction: Sci-fi, detective fiction and even chick-lit, and although I understand the creative spark that can result from genre limitations, I find it a little oppressive.
Tell us something about yourself that people think is quirky. 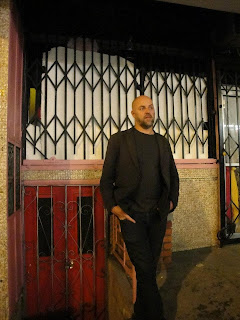 I don’t know if I’m really what you would call quirky, but I do semi-joke that I am a borderline misanthrope. If you take this idea as partly true and add the fact that I teach, then I guess you could say it is somewhat quirky.
What is your favorite food?
I don’t know anyone who doesn’t like talking about food, although I do think that food has become increasingly fetishized. My American friends always throw the well-worn cliché at me about English food and it’s bland, unappetizing history, but the fact is Britain now has some of the best restaurants in the world.
I love Italian food and make a mean carbonara and pesto, but Indian food has a special place in my and many an Englishman’s heart. I would like to give praise to all the immigrants who have made England a more interesting place to eat and live. I must add that I have yet to find a good Indian curry here; take note, America.
Please tell us where we can get more information on your book. When is the release date?
‘Our Endless Covered Ways’ will be released on September 26th by Black Rose Writing who will obviously help with any enquiries anyone may have about my work. There is also a Facebook page, which is updated with details as soon as they are available. I am also actively looking to take part in signings, interviews and readings.

Posted by Judy Serrano, author of The Easters Lilly Series, and The Linked Series. at 2:32 PM No comments: