How does she do it... coming up with good writing ideas... 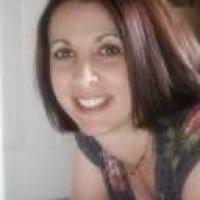 Michelle Chiappetta has some tips on where to get some great ideas for writing your next novel. Go to www.chippermuse.wordpress.com for some more information on Michelle and her books.

How Does She Do It? Coming Up with Good Writing Ideas.

If you’ve ever wondered how in the world writers come up with their ideas, or how they manage to sit still long enough to write a novel, this post’s for you. What a writer goes through to complete something that’s good enough to be proud of when someone else reads it… Well, let’s just say that Criss Angel, David Copperfield, and any other magicians you’d care to name have nothing on us writers.

We do magic. And when you look behind the curtain at how we do it, it’s weird and wild, and a whole lot of work. It’s kind of amazing we get anything done at all, to be honest.

Let me explain why that is.

Most writers will tell you that ideas come from everywhere. And that’s essentially true. Ideas can come from suggestions that people make, books you read, movies, news stories, Internet memes, people-watching at the local coffee shop… Ideas are literally a dime a dozen.

But to make an idea work? That’s hard.

I often come up with ideas by thinking of some observations I have about life and how I might put them into a story. Perfect example: a new novel I’m in the early stages of planning. I’m originally from the East Coast, but I moved to the Bible belt several years ago. This particular area has a church on almost every corner, more churches than fast food restaurants, many of them very conservative. But there is also a good-sized population of LBGT people, hipsters, artists…

It’s a strange, unexpected combination. I like it, frankly.

Add to that the fact that a lot of these churches seem very competitive, and that they decry the American culture while erecting enormous, blindingly bright neon marquees to announce their special events… Well, it feels a bit like Vegas for Pentecostals.

For a while now, I’ve been mulling over how much this area of the country differs from the East Coast, where you see little religious glitter. I’ve wondered what exactly would happen if magic did break out here in the Bible belt. What would people do if elves arrived en masse, or if aliens landed next to City Hall? You know, the usual sort of thing that happens in science fiction and fantasy stories, which is what I write.

But these thoughts and general musings don’t add up to a solid concept for a novel. I needed more than the question—I needed the answer.

The next piece of the puzzle came to me as I pondered the fact that the north part of this city is in large part run-down, poor, and minority-occupied, while the south section is pretty, wealthy, and mostly white. That made me wonder what would happen if a person who grew up or fit the stereotype of the north part of town suddenly had power enough to cause problems for the wealthy on the south side.

Aha! Conflict. That’s what a story needs. And I like writing about situations that involve outsiders. But that still doesn’t a novel make. You can have a concept and a conflict, but you also need a character. And I didn’t quite have that yet.

The third piece of the puzzle showed up when I was doing research for an unrelated writing project. I was looking up monsters and came across a listing for the dhampir, which is a half-vampire, half-human creature. A half-breed.

My character could be a magical half-breed of some kind, forced to contend with both halves of her nature in a place where to be anything different than the norm makes you stand out like a sore thumb. Her powers could be considered demonic in origin, which brings in its own set of conflicts within a setting where people are conservative, traditional, and religious.

Now, all I needed was one more piece to complete the puzzle: What starts all the action?

And of course, the answer is a murder. I don’t know exactly how that came to me, except that murders complicate life. Why not have my character show up accidentally at the scene of a murder, where problems immediately ensue? Perhaps she ends up obligated to solve it if she wants to save herself, or someone she cares about. And there’s the hook that will make readers keep reading, I hope, through the first chapter.

So—concept, character, conflict, and hook. That’s how you start writing a novel. (It’s not how you finish, of course. But that’s another blog post!)

My thanks to Judy for inviting me to guest post on her blog today!

If you’d like to check out my writing, visit my blog at www.chippermuse.wordpress.com or check out my latest short stories in the fantasy anthology, Dark and Dangerous Things 2, available on Amazon.

M.A. Chiappetta is a fantasy writer, copywriter, educator, and blogger with past publications in Blue Shift, Science Fiction, Fantasy Writer’s Chat, and Mensa Bulletin. Her most recent short stories are found in the anthology, Dark and Dangerous Things II, available on Amazon. She shares thoughts on writing at Purple Ink Writers and muses on creativity, SFF, laughter, God, and geekdom at The Chipper Muse. You can also find her on Twitter as @chippermuse.

Posted by Judy Serrano, author of The Easters Lilly Series, and The Linked Series. at 4:48 AM