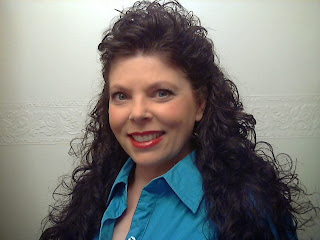 What was the driving force behind your current novel? As a writer of dark romance blended with horror, I am always looking for a different take, an element someone else hasn’t tried before, something that will take the reader by surprise. I have 5 vampire books to my credit, and though I love a vampire just as much as the next gal, I really wanted to do something never before seen in literature, hence the creation of Remy Broulette.

What personality traits do you most admire in other authors? The courage to persevere is a trait that I admire so deeply. Being an author isn’t easy. In fact, sometimes it’s pure hell when you get right down to it. Self-doubt is a mean little monster that plagues every writer at some point and time. Anyone who says it doesn’t creep into his or her head is not being truthful. You look at book sales, what you have accomplished, and sometimes think, “wow, this really should be doing better! Should I have done something different? Is it really worth the frustration?” But at the end of the day, if you are truly a writer, all those things get pushed to the back of your mind and you persevere. It isn’t always easy but it’s always worth it.

If you could offer a word of advice to an aspiring author who wants to venture down the road of self-publishing, what would you tell them? You aren’t going to be an overnight success, so don’t expect it. Don’t take criticism to heart; there will always be naysayers and critics. If you love to write, write because it is your passion. Fame might come. It might never come, but that shouldn’t be what you strive for as an author. You should write for yourself. The fans will eventually come later.

Do you find inspiration in the works of other authors? If so, who and why? I find authors like Mary Shelley and Bram Stoker to be inspiring. They wrote outside of the norm for their time period and did so for themselves, not for the critics, not because they wanted it to be their crowning achievement, but because it was what was in their hearts begging to be written.

How would you describe the method behind your writing? Sheer madness at best on most days is the easiest way to describe it. I have no rhyme or reason to how I write. Hell, sometimes the final chapter gets written before the third one is even finished. I let the characters tell me how they want their story told. In the end, it works for me, but it probably wouldn’t work for anyone else!

Are you an aficionado of any of the great classic authors? Which one do you feel has left their mark in the world of writing and changed the world the most? I, of course, mentioned Bram earlier, but there are so many. Charles Dickens, Edgar Allan Poe, Algernon Blackwood, Fred Saberhagen, and Tolkien, just to name a few. They all bridged great divides in order to present their craft and left a mark on this world is unmistakable.

Is there any special preparations you take when you are about to sit down and write? I prefer for it to be silent but that rarely happens in my household. More often than not, I choose music to write by that has some sort of meaning to the piece I am writing. I found I listened to a great deal of New Orleans based music and Mozart when writing Dark Days of Remy Broutlette. They were pieces, which just fit him perfectly.

Which of the books you have written is your favorite and why? Is there a single character that stands out from the others? Drusil is by far one of my favorite characters from the Origins Vampire Series. He is dark and brooding, contemplative, and sexy as all get out. But favorites sometimes change depending on what I am writing, and with 15 published books there are so many. Right now, Remy is heavy on my mind with his pending release. He too is a dark and brooding immortal, bent on personal destruction. Half Choctaw and half French, he is the perfect part of two separate worlds to which he never belongs. He is complicated and deep the way any character should be in print.

Is there anything else you would like to share with your readers? I have a deep, heartfelt appreciation toward every person who has read any of my books. The biggest compliment any author can hope for is a single purchase of your book, followed by how much it was adored, and will you write a sequel? Praise makes any author’s heart soar, but when you can touch them enough that they reach out to you, there is no forgetting that moment. I am so grateful for each of those moments, and I will never forget any of them. 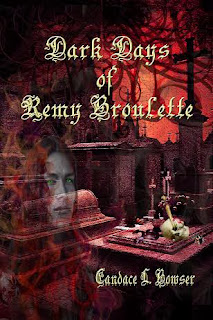 The constitution of a man is not always defined by his destiny but occasionally by the circumstances of the life he has lived.
Revel DeMarquis stood watching as the waves lapped against the shore depositing copious amounts of shells and seaweed now that the storm had lessened. The sun was beginning to rise as he lifted the window allowing the salty scent of the ocean to fill his room. The air was heavy and dense as it rolled through Royal Street and into the French Quarter, nearly so thick it was difficult to breathe. The heaviness of the waves had ceased and was replaced with the placid rolling of the inward bay. Beams of the breaking dawn shed their light across the caps coloring them with tinges of red, crimson, and orange.
His moment of bliss, of enjoying the city as it was meant to be enjoyed, was broken by the harrowing screams of Remy Broulette.
It was common and occurred every morning with the same result. Revel hastened his pace, picking up a towel before exiting his room, to walk the long corridor to the room of his friend.
Remy stood in the corner gasping for air. His eyes were wild, nearly feral, as they swept the room. The full length of his hair was dripping with sweat. It was a scene Revel DeMarquis had witnessed a million times before. Remy seized the towel from his hand and stormed out of the room, slamming the door to the lavatory behind him. The sound of water was not enough to drown out his angry screams.

Author Bio
Candace L. Bowser is a freelance writer of fiction. She was a featured columnist for PRS in Kansas City during the 1980's and was voted one of the Top 20 Prolific Writers of 2011 at AKGmag. Though her favorite genre to write is dark romance/horror, she does not like to be limited to a single genre. Candace also writes adventure, suspense, intrigue, and mystery. Her books are an interesting blend of historical events, people, and places blended with fiction.  Under the pen-name of Hargrove Perth, Candace writes new adult as well as dark romance/eroticism. Originally from Altoona, PA, she currently resides in Kansas City with her husband Todd of twenty-seven years.

Posted by Judy Serrano, author of The Easters Lilly Series, and The Linked Series. at 3:13 PM